Maria Gomes Valentim (née da Silva; 9 July 1896 – 21 June 2011) was a validated Brazilian supercentenarian who was the world's oldest validated living person from 4 November 2010, upon the death of Eugenie Blanchard, to her own death on 21 June 2011. She was the only validated supercentenarian from Brazil until the validation of Alida Grubba Rudge on 28 July 2015.

After Eugenie Blanchard died on 4 November 2010, Gomes Valentim, at the age of 114, became the world's oldest person. However, her age wasn't validated until 18 May 2011. Gomes Valentim was the oldest validated person ever from Brazil until Francisca Celsa dos Santos surpassed her age in October 2019.

Gomes Valentim died of pneumonia and a generalized infection at the Carangola Charity House in Carangola, Minas Gerais, Brazil on 21 June 2011, at the age of 114 years, 347 days, just 18 days shy of her 115th birthday. At time of her death, she had four grandchildren, seven great-grandchildren, and five great-great-grandchildren. 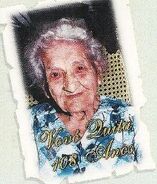 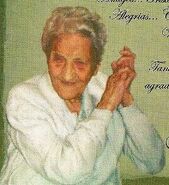 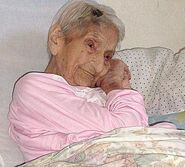