In 1931, she married Víctor Mendoza Gomez. Their first child is the poet, Tete Mendoza Bates (born 16 June 1932). They had 3 more children: Victor Manuel (aged 85 in 2020), Jose Isidro (aged 75 in 2020) and Luis Felipe (aged 72 in 2020). According to her daughter, she does not take any kind of medicine. For some time she lived in Calle 42 in Valladolid, before she moved to the house of one of her granddaughters where, around 2016, she fell and fractured her femur. After that she was taken to Merida. In June 2020, she celebrated her 110th birthday. All of her 4 children were alive at this time. At that that, she had 3 living siblings, her 3rd brother who was living in Merida, and two more siblings who were living in Valladolid. 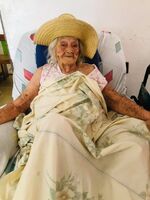 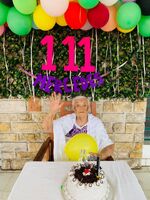 Vidal on her 111th birthday.