Trevino was born Maria De Los Remedios Eduvijes Guzman Lemus in Guanajuato, Mexico, on 13 March 1910. Her parents were Mauricio Lemus (1886–1972) and Carlota Guzman (1889–1976). She had at least five siblings: Jose (1918–1988), Manuel (1921–2002), Antonio (1928–2016), Jesusa L. Morales and Maria Andrea "Marica" L. Morales. In 1923, she moved to South Texas with her parents. She worked alongside them at several area ranches while she attended school and later spent eight years working for a local doctor. On 29 December 1935, she married Florentino Galindo Trevino (1895–1986). Her husband already had six children, and in the years that followed, the couple became the parents of nine more. She worked as an insurance agent for the Howard-Williams Funeral Home for more than two decades, and in exchange for her children's education, she served as a cook and driver for the Ursuline nuns at Sacred Heart Parochial School.

Trevino participated in civic affairs, serving as chair of Brooks County Precinct 1. In the early 1950s, she was appointed presiding election judge for the precinct, a position she held for many years, and she later served as chair of the Democratic Party for Brooks County. In 1960, she and her husband opened the Heart's Delight Food Store, which they operated for more than 30 years. In 2002, she received the Corpus Christi Caller-Times Jefferson Volunteer Award for her community involvement and her service as a Eucharistic minister for Sacred Heart Catholic Church. She used to drive a car for more than 20 years, up until the age of 109. She celebrated her 110th birthday in March 2020.

Trevino died in Falfurrias, Texas, United States in the early hours of 8 January 2022 at the age of 111 years, 301 days. At the time of her death, she was the second-oldest known living person in Texas, behind Elizabeth Francis. 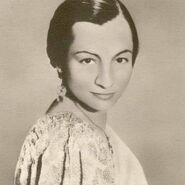 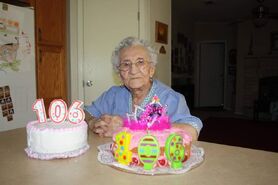 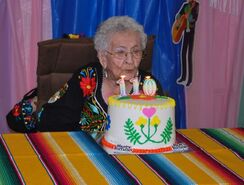