Marie-Josephine Gaudette [known as Sister Cecilia] (25 March 1902 – 13 July 2017) was an American-born Italian supercentenarian, who was the oldest living American-born person and U.S. citizen from the death of Susannah Mushatt Jones until her own death. Following the death of Emma Morano, she was also the oldest living person in Italy, and the second-oldest living person in Europe. She is also the oldest person ever to have been born in the US state of New Hampshire, and was the oldest nun ever on record (passing Eugenie Blanchard, who died in 2010 at age 114) until Lucile Randon (Soeur Andre) surpassed her age in June 2019, although still being the second-oldest nun ever.

Marie-Josephine Clarice was born in Manchester, New Hampshire, United States on 25 March 1902. She soon decided to become a nun. She lived in Canada and France, where she taught art & music, before settling in a convent in Rome, Italy in 1958.

During the 2008 U.S. presidential election, she gained worldwide attention as one of the oldest voters (after a 56 year hiatus) at age 106. She voted for Barack Obama, who eventually ended up winning the election against the Republicans' candidate John McCain.

At the time, she was reported to be in good overall shape, other than diminishing hearing ability. She later stated slight discomfort about the increased attention she was getting. At age 110, she was still able to write on a typewriter.

Marie-Josephine Gaudette died in Rome, Lazio, Italy on 13 July 2017 at the age of 115 years, 110 days as the oldest nun ever, although she has been surpassed by Lucile Randon, she is still the second-oldest nun ever. 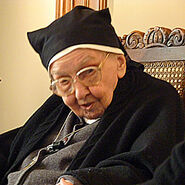 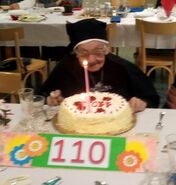 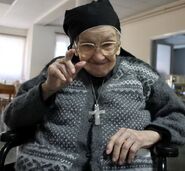