Not to be confused with Marie Berankova.

Marie Bernátková was born on 22 October 1857 in Celadna (present-day Frydek-Místek District, Moravian-Silesian Region) in the Austrian Empire (although the GRG refers to her birthplace as Prague).

Bernatkova lived most of her life in the village of Horní Bečva. In her adulthood, she worked in the forests of the Moravian-Silesian Beskids. She gave birth to nine children during her life.

As a centenarian, she moved to a home for the eldery in Zasova. She became the oldest living person in Czechoslovakia aged 109 upon the death of Jozsef Szuchar on 11 August 1967.

Bernatkova died on 4 May 1969 in Zašová, Vsetín District, Czechoslovakia (present-day Zlín Region, Czech Republic) at the age of 111 years, 194 days. At the time of her death, she was the world's oldest validated living person. As of today, she is the oldest person ever who was born and died in the (current) Czech Republic. 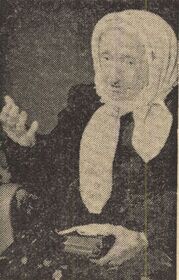 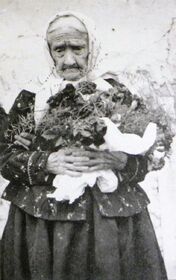