Mary Kelly (née Young; 7 June 1851 – 30 December 1964)[1] was a validated American supercentenarian. She lived to the age of 113 years, 206 days, at the time of her passing. She was the world's oldest validated living person following the death of Marie Olsen until her own death. She was the second-oldest validated person ever, eight days behind Delina Filkins. She also held the title of the oldest person ever from the state of Michigan until Maud Farris-Luse surpassed her age in 2000. She was also the third person to reach the age of 113, after Delina Filkins and Betsy Baker.

Mary Martha Young was born on 7 June 1851 in Southfield, Oakland County, Michigan, United States. Her father was John A. Young. She married Albert Kelly in 1873; they had 3 children. Albert Kelly died at the age of 34, in a windmill accident in Clinton County, Iowa. She remained a widow for the last 84 years of her life. She was an avid reader, and only gave up at the age of 108 due to eyesight problems. At the age of 106, she said "People think I am an old woman. I don't think so, I don't feel old in my way of thinking." Kelly lived independently until the age of 106 when she moved into Long Beach General Hospital. At 110, Kelly was noted to still be cheerful and positive though she spent most of her time sleeping. She was survived by 3 grandchildren.[2][3] 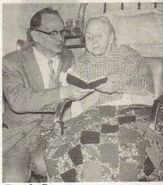 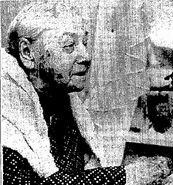 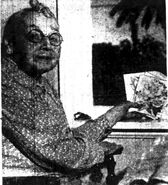 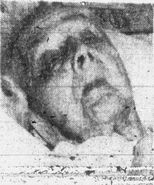