Mary Alice Peel (née Garabedian, formerly Mouradian; born 3 March 1915) is a Canadian centenarian who is one of the oldest known survivors of COVID-19, having recovered from the disease at the age of 105.

Peel was born on 3 March 1915 in St. Catharines, Ontario, Canada to Boghus and Mary Myrtle (née Hunt) Garabedian. During her childhood, her father developed rheumatoid arthritis and was unable to work, and her mother returned to England for reasons unknown. Peel was forced to quit school and start working at the age of 11, sweeping floors and picking fruit.

At the age of 13, Peel took a job at a canning factory. Three years later, she began working at a zipper factory, where she was employed until getting married. A few years later, while working at Thompson Products, she was almost blinded when she was cutting rust off pipes and shrapnel flew into her eye.

Peel moved into a care home in Toronto, Ontario, Canada in 2019. In June 2020, at the age of 105, she contracted COVID-19 during the coronavirus pandemic. However, by July she had tested negative, making her one of the top 100 oldest known survivors of the disease.

In March 2021, Peel celebrated her 106th birthday. Her family had a goal of getting her 106 birthday cards, but in the end she received over 400. She was also interviewed on television for her birthday. Peel is deeply religious, and says that she "prays about everything". 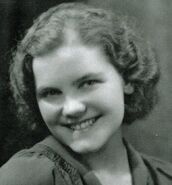 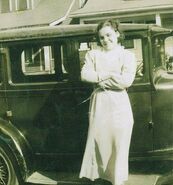 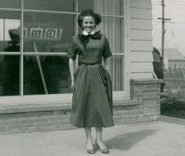 Peel in her youth (undated) 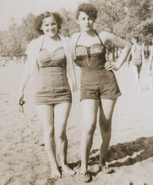 Peel (left) in 1954, pictured with her sister Margery 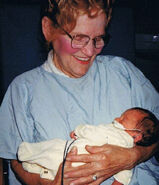 Peel pictured in 1994 with her youngest granddaughter 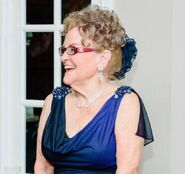 Peel being interviewed in 2021, a few days before her 106th birthday