Mat(t)hew Beard (9 July 1870 – 16 February 1985) was a validated American supercentenarian who was believed to have been the oldest living person in the world from the death of Emma Wilson on 13 October 1983, until his own death over a year later. At the final age of 114 years, 222 days, he was the oldest validated person ever recorded until his age was surpassed by Augusta Holtz the following year.

Mathew Beard was born in Norfolk Virginia on 9 July 1870. When he was aged three, his family moved to Missouri. At the age of 12, he began working, where he was first employed at a local sawmill. Five years later, at the age of 17, he arrived in Florida and found work on the railroad; he would remain in the state for the rest of his life. He married Angerine Brooks, with whom he had 12 children. In addition to working on the railroad, he also made a living as a preacher, as well as farming tobacco in the field nearby his home. He became an ordained minister in the Missionary Baptist Church in 1919, and continued preaching well into his centenarian years.

Mathew Beard died in Florida on 16 February 1985, at the age of 114 years, 222 days. He was the first person known to have reached the age of 114, although Shigechiyo Izumi still alive and had been recognized as older at the time. He is considered to have been the world's oldest person, the fourth-oldest verified man ever, the oldest verified man from the continental USA (Emiliano Mercado del Toro born in the United States overseas territory of Puerto Rico was older), the second-oldest American-born man ever, and the oldest African-American man ever. 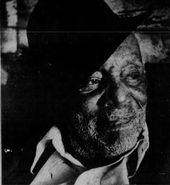