Mikizo Ueda [Japanese: 上田幹藏] (born 11 May 1910) is a Japanese supercentenarian whose age is currently unvalidated by the Gerontology Research Group (GRG). He is currently the oldest known living man in Japan since the death of Motoi Fukunishi on 22 August 2020, as well as the oldest known living veteran of World War II since the death of Mollie Walker on 22 January 2022.

Mikizo Ueda was born in Kyoto City, Kyoto Prefecture, Japan on 11 May 1910. He was the only son of a textile worker.

Ueda worked for the Wakayama Prefectural Office. He served in the Japanese navy during World War II. He also witnessed Hiroshima bombing.

On 17 April 2021, he surpassed the age of Tessaku Tominaga, and became the oldest man to have ever lived in Nara Prefecture.

Ueda currently lives in Nara City, Nara Prefecture, Japan, at the age of 112 years, 49 days. He is currently the second-oldest man ever born in Kyoto Prefecture, behind Jiroemon Kimura. 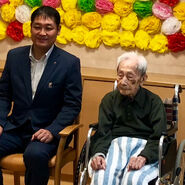 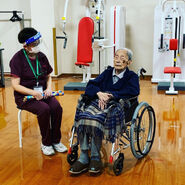 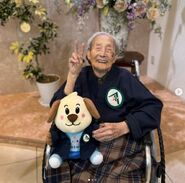 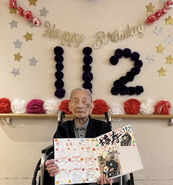