Millicent Albertha Yearwood (née Pilgrim; 22 July 1907 – 22 August 2019) was a Barbadian supercentenarian whose age is currently unvalidated by the Gerontology Research Group (GRG). At the time of her death, she was the oldest known living person in Barbados.

Millicent Yearwood was born on 22 July 1907 at Maynards’ Tenantry in St. Joseph, to William and Agnes Pilgrim. She was the third of four children. As a young girl, she worked in the fields of Mount Wilton where she met her husband Herbert Yearwood. They had one daughter, Marvis Small-Raper.

Later, she worked at Lion’s Castle Plantation until she retired while being a hawker on weekends. Her husband died in 1981. On her claimed 111th birthday in 2018, she had seven grandchildren, 20 great-grandchildren, and six great-great-grandchildren. She have hearing problems and according to her daughter, two weeks before her 111th birthday, she started “getting down”, and she has not been as talkative as before.

She lived with her daughter and grandchildren in Fitts Village, St. James, Barbados. In July 2019, she turned 112.

Yearwood died in Fitts Village, Saint James, Barbados on 22 August 2019, at the age of 112 years, 33 days. She is the oldest known woman ever from Barbados. 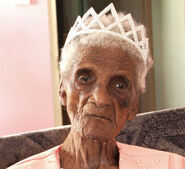 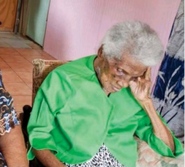