Minnie Whicker was born in Evansville, Crawford County, Arkansas, USA on 24 July 1906, to Francis and Belle (Walker) Jenkins. She married Roy Earnest Whicker in Okmulgee, Oklahoma, USA, on 11 June 1927, and spent her life as a homemaker. The couple had four children and were married for 67 years until his death on 20 December 1994.

Following her husband's retirement in the 1970s, Whicker moved to Roseville, California, where she spent the rest of her life. At the time of her 112th birthday in July 2018, she had eight grandchildren, 33 great-grandchildren, and one great-great-grandchild. Whicker voted via absentee ballot in the U.S. midterm elections, making her one of the oldest voters. She died on 22 October 2020 at the age of 114 years, 90 days.

Longevity runs in her family. Three of her siblings died in their 90's. 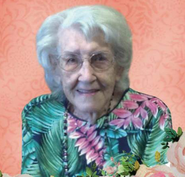 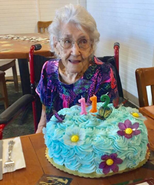