Moon Fun Chin [Pinyin: Chén Wénkuān; Chinese: 陈文宽] (born 20 March 1913) is a Chinese-born American centenarian who is one of only two CNAC pilots still alive, the other is 107-year-old Peter Goutiere.

Moon Fun Chin was born in Zhongshan, Guangdong, China on 20 March 1913 (13 April by lunar calendar). His father who was an American citizen of Chinese descent, took the young Moon to Seattle, Washington in USA. Moon’s family moved to Baltimore where he later completed his high school education. At a young age, Moon had already exhibited a keen interest in aviation. Soon after completing his high school education, he decided to enroll in Curtiss Wright Flying School and graduated with a Commercial Pilot Licence.

He moved to China in 1933, after getting a job at CNAC on the recommendation of his uncle, who was friend of William Langhorne Bond. He commenced work as an aviation mechanic due to his prior work experience before joining CNAC. Two weeks later, Moon was promoted be a co-pilot of an aircraft on a Shanghai-Beijing route. While on the ground, he still multi-tasked as a mechanic. In 1936, Moon was promoted to “captain”.

He married a woman called Elsie sometime after 1934.

During the World War II, even though Moon was only a civilian aviation pilot, he volunteered actively in frequent military rescue missions and subsequently secured the lives of many US military personnel. Among those military personnel he daringly rescued, was Lt Col James Doolittle. He rescued Dolittle and transported him from Kuming to Myitkyina, a city in northern Burma. Moon also ferried in his aircraft many American navy personnel to and fro the Gobi Desert where the American Navy had a weather station.

Soon after the World War II, in 1946, he left CNAC to work for China’s Central Aviation Transport Corporation (CATC) as head of operations. As the head of operations, he initiated the purchase of new aircrafts, recruited and trained pilots and other flight crew. Moreover, he oversaw operations in mainland China when CATC became part of the Civil Air Transport (CAT) of Taiwan in 1947.

In 1951, he started his own airline called, “Foshing Airline” with aviation services from Taipei to Taitung in Taiwan. In 1992, Foshing Airline changed its name to TransAsia Airways. Many years later, he retired as Chairman of the airline company he founded and returned to the USA where he is still an American citizen.

He was honored by Board Members of the Flying Tiger Historical Organization at his residence on 9 September 2011.

As of September 2020, he is one of only two CNAC pilots still alive, the other is Peter Goutiere (born 28 September 1914). The two men remain in touch and are featured in China’s Wings, Gregory Crouch’s book on this piece of World War 2 and aviation history. 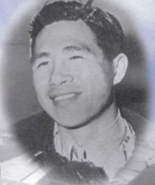 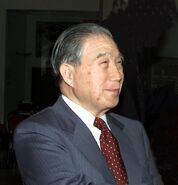 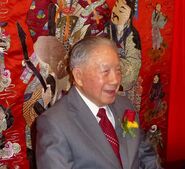