Nadezda Pavlovic [Serbian: Надежда Павловић] (1 January 1912 – 16 April 2021) was a Bosnian-Serbian centenarian who was the oldest-known living person in Serbia at time of her death.

Nadezda Pavlovic was born in Visoko, Austria-Hungary (now Bosnia and Herzegovina) on 1 January 1912. After finishing high school in Sarajevo and at the age of 14, she went to Belgrade to continue her studies at the Higher Pedagogical School. After completing her studies, she received a job in the village of Jasa Tomic, Secanj, on the border with Romania. Nadezda was left alone when her husband left for military service.

Nadezhda was a friend of Serbian poet Desanka Maksimovic. After retiring in 1974, her family moved to Belgrade. She had two children: Zeljku (aged 78 in 2020) and Radmila (aged 75 in 2020), four grandchildren, and six great-grandchildren.

She became the oldest known living person in the Serbia following the death of 108-year-old Darinka Jandric on 4 February 2019.

Pavlovic died in Vracar, Belgrade, Serbia during the night of 16 April 2021 at the age of 109 years, 105 days. Following her death, then-109-year-old Tamara Krutikov became the oldest known living person in Serbia.

Pavlovic and her husband in 1939

Pavlovic and President of Serbia Aleksandar Vucic in 2019 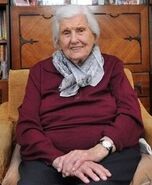 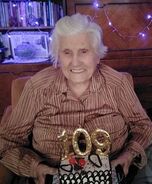