Angleman was born in Sayre, Oklahoma, USA on 4 October 1908 to Frank and Maud (Welch) Cheves. She was one of seven siblings. Her father had a homestead 12 miles out of town and the family lived off the land.

In 1934, Angleman met her husband, Louis, and they married in 1937. He joined the army in 1942, and the couple did a lot of travelling during his years in the military. They were stationed in Japan in 1950 when the Korean War began, and Pauline served as a Red Cross volunteer in a military hospital there. The couple did not have any children.

In 1958, after Louis Angleman retired from the army, the couple bought a home in Corte Madera, California. Louis died in 1990 after 53 years of marriage. Pauline Angleman served as the president of Post 313’s American Legion Auxiliary for ten years before stepping down when she was 103.

Angleman enjoyed listening to baseball on the radio, and when she turned 104, her nieces took her to a San Francisco Giants game for her birthday. She also follows politics, and in a February 2016 interview she encouraged people to vote. At the time, when she was 107, Angleman was still driving. She became a supercentenarian in October 2018 and celebrated her 112th birthday in October 2020.

Angleman died in Corte Madera, California, USA on 14 October 2021 at the age of the age of 113 years, 10 days. At the time of her death, she was the third-oldest known living person in California, after Mila Mangold and Edie Ceccarelli. 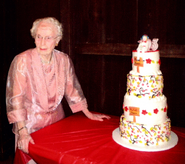 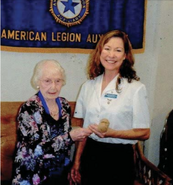 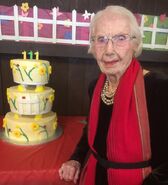 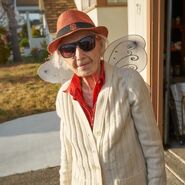