Philip Alfred Sharp (21 December 1909 – 2 March 2021) was an American supercentenarian whose age is currently unvalidated by the Gerontology Research Group (GRG).

Sharp was born on 21 December 1909 in Blond community, St. Tammany Parish, Louisiana. He was one of 12 children born to Robert and Della Sharp. He worked the land most of his life, both as a trapper and cattle herder before his retirement in 1995. Sharp was married twice; his first wife, Beatrice, died in 1969 at the age of 56, and his second wife, Edna, also predeceased him.

Sharp has one daughter, Shirley McClain, who was aged 81 in 2019. At the time of his death in 2021, Sharp had one grandson, one great-granddaughter, and two great-great grandsons.

In his later life, Sharp lived with his daughter Shirley and his son-in-law George in Covington, Louisiana. As of July 2019, at the age of 109, he was still able to drive and lived on his own. He was capable of walking unassisted until a fall shortly before his 110th birthday, and could still get around with the aid of a walker as of 2020. In February 2021, at the age of 111, he received his second dose of the COVID-19 vaccine.

Sharp died in Covington, Louisiana on 2 March 2021 at the age of 111 years, 71 days. At the time of his death, he was the second-oldest known living man in the United States, after Lawrence Brooks; the pair were also the two oldest living people in the state of Louisiana. 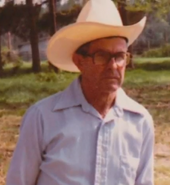 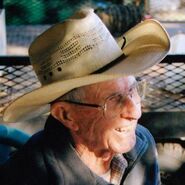