Phyllis Lee (3 November 1907 – 20 December 2017) was a British-born Australian supercentenarian who is currently unvalidated. She was the oldest known person in Queensland at the time of her death.

Phyllis Lee was born on 3 November 1907 in Doncaster, Yorkshire, England. She came to Australia in 1909. She started to work for Ellen and Samuel Lee at Samuel Lee & Co. in 1925 at the age of 18. Eight years later, when Phyllis was 25, she married their son Wesley on 27 January 1933, with whom she enjoyed a fulfilled marriage. Their honeymoon involved a trip to Undercliffe Falls near Liston camping in a tent for a long weekend. From 1933 to 1947, Phyllis lived in College Rd., Stanthorpe. The couple then lived on 45 Bridge St., where Wesley died in 1982 at the age of 87. The last time Mrs. Lee travelled was when she was 85. She went to Japan.

Lee said what made her life special was her large, extended and loving family, the marriage to Wesley, with whom she enjoyed many adventures as well as her faith, commitment and involvement with the Christian Church. Community activities like Meals on Wheels have always been important to her as well as friendships being one of her life's special blessings. At the time of her 110th birthday, she had five children, 17 grandchildren, 58 great-grandchildren, and two great-great-grandchildren. 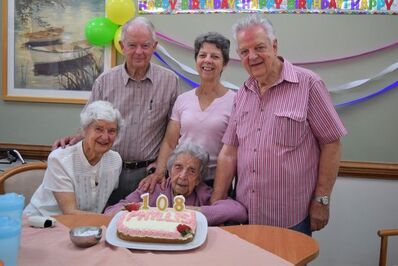 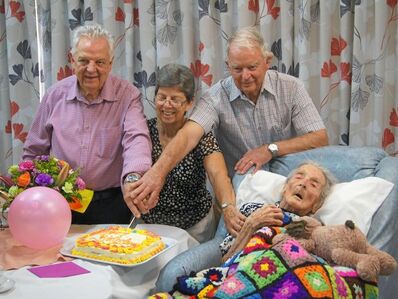