Raymond Monroy (né Ramon Gomes Monroy; born 11 May 1912) is an American supercentenarian who is currently the oldest (known) living person born in the state of Arizona. His age is currently unvalidated by the Gerontology Research Group (GRG).

Raymond Monroy was born in Douglas, Arizona, USA on 11 May 1912 to Mexican parents, just three months after the region had become America’s 48th state. He moved to Napa Valley, California in the early 1930s, and worked at Beringer Brothers, one of the few wineries that remained open during Prohibition due to their production of sacramental wine. He married Mexican-born Maria Boucsieguez Cardoza in California in 1941, and served in the US Air Force during World War II. The couple were married for over 70 years until Maria’s death in 2011 at the age of 94.

Monroy turned 110 in May 2022. He is one of just three known Arizona-born supercentenarians, alongside Irene Eskey and Carmen Amado Acevedo, as well as the first known male supercentenarian born in Arizona. 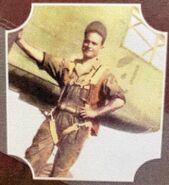 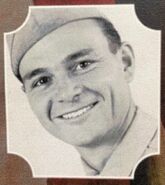 Undated, during the military period 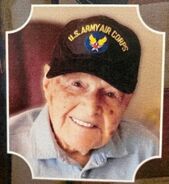 As an older man 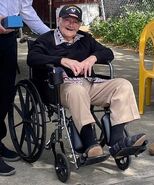