Robert Alexander Early (8 October 1849 – 9 October 1960) was an American supercentenarian who may have been the world's oldest living person following the death of Christina Karnebeek-Backs in 1959, before his own death a year later. He is the oldest known man ever from the US state of Kentucky.

Early was born on 8 October 1849 in Whitley County, Kentucky, as the oldest child of David Dryden and Mary Sears Early. Growing up on a farm originally owned by his grandfather and namesake, Robert David, he intended on also being a farmer like his family before him. However, after attending school in Williamsburg, Kentucky, he became interested in teaching, and first started working as a teacher in Whitley County aged just 18, and continued in this career for the next 12 years.

On 4 September 1875, he married Eliza Ann Berry, and had their first child shortly after. In 1878, he and his family decided to move from their home state of Kentucky, and arrived in Wood County, Texas aboard a horse drawn wagon. His wife died in 1884 at the age of 28. Two years later in 1886, he remarried to Sidney Ann King and had 12 children together, of which 3 were still living at the time of his death.

He served as city judge in the city of Corbin, and maintained this position for 14 years. He also worked as a carpenter, mail carrier and storekeeper. Reportedly, he turned to woodworking at the age of 70, and had to give it up at the age of 107.

In 1954, shortly before his 105th birthday, he met then-Vice President Richard Nixon.

Robert Alexander Early died in Corbin, Whitley County, Kentucky, on 9 October 1960, one day after celebrating his 111th birthday. He had been in good health and spirits on the date of his final birthday, and celebrated the event with a party attended by 20 friends and family members. The following day, he fell ill after dinner, and died soon after of undisclosed causes. At the time of his death, he was the oldest undisputed man ever, and the first fully documented man in history to reach the age of 111. He was also the last surviving person born in the 1840s. 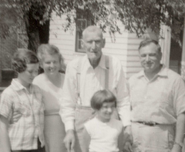 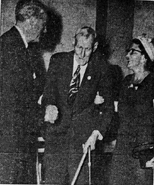 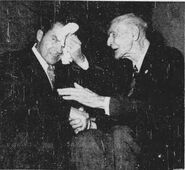 In 1954, shortly before his 105th birthday, with then-Vice President Richard Nixon. 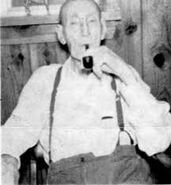