Ronald Reginald Bareham was born in Newton, Cambridgeshire, England, UK on 8 July 1916, the son of Reginald George Bareham and Florence Rosetta Freestone. He never met his father, who was killed in action, while serving as sergeant with the British Army during the Battle of the Somme on 1 July 1916, eight days after his 22th birthday and a week before Ronald's birth. In early 1918, his mother Florence joined the newly established Women's Royal Air Force, serving as an ambulance driver until a few months after the end of WWI, when the WRAF was deactivated.

During the war, while stationed at Fowlmere Airfield, which was occupied by American forces by the time, Florence met U.S. Sergeant Anton William Van Stockum, native of the Netherlands, who while living in the United States had volunteered for the U.S. Army Air Corps. He was stationed at Duxford with, the 137th Aero Squadron. Van Stockum later went to France with his unit during the final months of World War I. They carried on a correspondence, which continued after he had returned to Seattle, Washington where he was employed as a grader in the lumber industry.

Because his mother Florence was not a U.S. citizen, she was denied entry to the United States. The obvious solution of the problem was marriage with Anton. They were married on 20 May 1920 and Florence and infant Ronald were allowed to entry into the United States. Ronald was later also adopted by Antonius and renamed Van Stockum.

Ronald grew up in Washington state and completed the grade school in Bellingham, Washington. He later graduated from the high school in Yakima, Washington, and entered the University of Washington in Seattle, where he graduated in June 1937 with a bachelor's degree. During his time at the university, he completed the ROTC course and was commissioned as a second lieutenant in the Marine Corps. Also, he was active on the YMCA student board.

Following his graduation, his first assignment as a Second Lieutenant on 4 August 1937 was to the Basic School at Philadelphia Navy Yard for Marine Corps Officer instruction. Van Stockum had the opportunity to work with great names in the modern Marine Corps history like, for example, Gilder D. Jackson Jr., Chesty Puller, Leonard B. Cresswell, Frank B. Goettge, Russell N. Jordahl, Walfried M. Fromhold, Howard N. Kenyon and Roy M. Gulick, who served as instructors during his time at the school. At the end of instruction, Van Stockum received the highest marks in Drill and Command.

He completed the school at the end of May 1938 and travelled to the West Coast. Van Stockum subsequently completed Secondary Battery Gunnery School on board USS Nevada and then joined the Marine detachment aboard the battleship USS Tennessee, anchored off San Pedro, California. which was subsequently ordered to New York through the Panama Canal for participation in Fleet Problem XX and “showing the flag” at the World's Fair of 1939.

After one year of sea duty, Van Stockum was ordered to San Diego in mid-May 1939 and attached to the 1st Battalion, 6th Marine Regiment under Lieutenant Colonel Oliver P. Smith. He remained with that unit until January 1941 and then was ordered again for sea duties as a member of the Marine detachment aboard the aircraft carrier USS Wasp. He subsequently participated in the Neutrality patrols in the stretch between Bermuda and Hampton Roads and following the United States entry into World War II, Van Stockum was promoted to the rank of captain in February 1942 and succeeded Captain August Larson in command of the detachment aboard. He then participated in the relief of Malta, when Wasp delivered 47 Spitfires fighter planes within the Operations Calendar and Bowery in April and May 1942.

Van Stockum was then transferred from the Wasp and was assigned to Camp Lejeune, North Carolina, where, having been promoted to the rank of Major, he formed the Heavy Weapons Company, Company D, 1st Battalion, 21st Marines under lieutenant colonel Ernest W. Fry Jr. The Wasp left for the Southwest Pacific shortly thereafter and was sunk off Guadalcanal on 15 September 1942. His relief, Captain John Kennedy, was lost in the sinking.

His battalion was ordered to San Diego, California in July 1942 and Van Stockum assumed duty as battalion's executive officer. His unit was ordered to the Pacific Area in early 1943 and arrived to Auckland, New Zealand on February 20. Van Stockum participated in the intensive training on Guadalcanal until November 1943, when he sailed for forthcoming campaign – Bougainville Island, North Solomon Islands.

Van Stockum participated in the amphibious landing on Cape Torokina on 6 November and spent almost two months in rain and mud conditions. He also took part in the battle of Hellzapoppin Ridge at the beginning of December 1943 and except the several front-line inspections, he spent an night in a foxhole. Van Stockum later assumed additional responsibility as commander of Battalion's Weapons company and remained on Bougainville until 9 January 1944, when 21st Regiment was ordered back to Guadalcanal. Van Stockum was decorated with the Bronze Star Medal with Combat "V" for his service on Bougainville.

Following the period of training, Van Stockum sailed with 1st Battalion to Guam on 21 July 1944, and went ashore with first waves of troops on Asan Beach. During a vicious Japanese counter attack the night of July 25–26, he proceeded alone to the front lines located at the top of a cliff. Here he reported by radio that the front lines had held even though the Japanese had infiltrated and passed down the valleys to attack the rear installations.

After this campaign, he was promoted to the rank of lieutenant colonel and assumed command of 1st Battalion, 3rd Marines under Colonel James A. Stuart. He subsequently spent several months on Guam with mopping-up operations against scattered Japanese soldiers. His battalion was scheduled to take part in the battle of Iwo Jima in February 1945, but remained in floating reserve off shore, in position where he observed the famous incident of the US flag being raised on Mt. Suribachi on 23 February 1945.

Van Stockum returned to the United States in April 1945 and assumed duty as an instructor, Troop Training Unit, Pacific Fleet at Camp Pendleton, California under Brigadier General Harry K. Pickett. He was engaged in training of Army and Marine units in Amphibious Operations until January 1947, when he was ordered to Minneapolis, Minnesota, for duty as Inspector-Instructor with 4th Marine Reserve Infantry Battalion.

During his tenure with Louisville Armed Forces Committee, Van Stockum hosted President Gerald Ford in May 1976 during President's visit to Louisville. By the early 1990s Van Stockum had retired to his farm in Shelbyville where he and his sons organized his papers to be donated to The Filson.

Van Stockum was married to Susanne de Charette Van Stockum (1915–2000) for 51 years. She was a granddaughter of the French General, Baron Athanase-Charles-Marie Charette de la Contrie, Commander of the Papal Zouaves in Rome and hero of the Franco-Prussian War. Van Stockum is the parent of three children: a daughter Michele, and sons Reggie and Charlie.

At age 105, he still contributes as a columnist for The Sentinel-News.

Ronald and his mother Florence in 1918 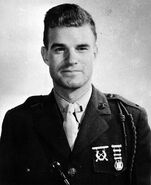 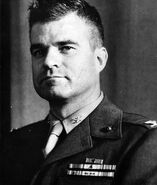 Van Stockum as Colonel in 1950s 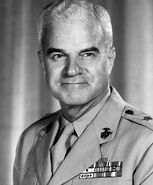 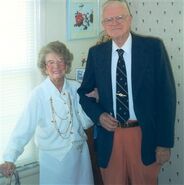 Ronald and his mother Florence in 2002