Saturnino de la Fuente Garcia [Spanish: García] (11 February 1909 – 18 January 2022) was a Spanish supercentenarian who was recognized as the world's oldest living man by the Guinness World Records until his death. At the time of his death, he also was the second-oldest living person in Spain, behind Maria Branyas Morera, who was born in the United States. He was the last known Spanish-born person born before 1910. He also is the third-oldest Spanish man ever, behind Joan Riudavets-Moll and Francisco Nunez Olivera.

Saturnino de la Fuente Garcia was born in Leon, Spain on 11 February 1909 (claimed 8 February), the youngest of six siblings of Salustiano and Josefa de la Fuente Garcia. He has lived in the same province of Spain for his entire life.

In 1927, he became one of the founding members of the Puente Castro Football Club, in which he played as a center-forward.

De la Fuente Garcia married Antonina Barrio on 29 April 1933. They had eight children in total: seven daughters and a son. He worked as a shoemaker in Puente Castro before moving to León. When he celebrated his 110th birthday in February 2019, six of his children were still alive, along with 14 grandchildren and 22 great-grandchildren.

On 23 December 1937, De la Fuente Garcia survived a plane crash into his home.

On August 12, 2021, after the death of 113-year-old Emilio Flores Marquez, Saturnino became the 'Oldest Living Man in the World' titleholder and was presented with the certificate by Guinness World Records in September 2021.

He became the last man living in Europe born in the 1900's decade, following the death of Marcel Meys on 15 December 2021. 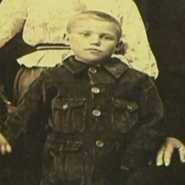 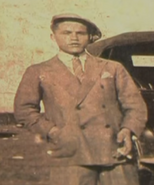 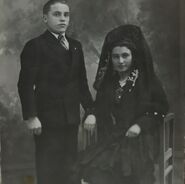 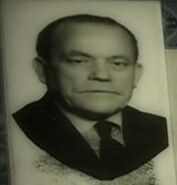 De la Fuente Garcia at the age of 100

De la Fuente Garcia at the age of 105 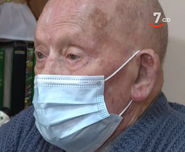 De la Fuente Garcia in September 2021 after being recognized as the World's Oldest Living Man.