Setsuko Moriyama [Japanese: 森山節子] (5 November 1907 – 1 March 2021) was a Japanese supercentenarian whose age is validated by the Gerontology Research Group (GRG). 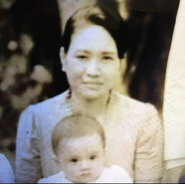 Moriyama on her 113th birthday in November 2020