Shin Matsushita was born in Miyagi prefecture, Japan on 30 March 1904.

Matsushita was hospitalised at the end of May 2016 due to a bout of pneumonia and heart failure (citation needed), but was able to recuperate by June.

Matsushita lived in Sendai, Miyagi Prefecture. She celebrated her 115th birthday in March 2019, becoming the 11th Japanese person to do so. In June 2019, she was hospitalised for low blood oxygen levels, but was discharged five days later. She was subsequently re-admitted to hospital, but was discharged again in July.

Shin Matsushita died in Sendai, Miyagi Prefecture, Japan, on 27 August 2019 at the age of 115 years, 150 days. She was the world’s third-oldest validated person behind Kane Tanaka and Lucile Randon of France. She is the oldest person in the history of Miyagi Prefecture. 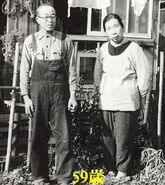 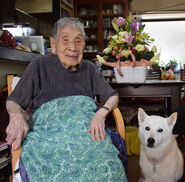