Wycech was born in Warsaw, Masovia, Russian Empire (now Poland) on 27 June 1902. Wycech was underage when he enlisted in the Polish Military Organisation in 1917 aged only 15 and participated in the disarming of German troops on November 10, 1918. He did not participate in the Greater Poland Uprising due to contracting typhoid, but was also a veteran of the Polish-Soviet War.

Wycech resided in Warsaw until his death on 12 January 2008, at the age of 105 years, 199 days. At the time of his death, he was the youngest living veteran of the war. 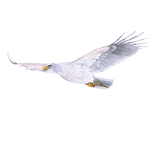