Stefanie Kurner was born on a farm in St. Peter am Wimberg, Upper Austria, Austria-Hungary (now Austria) on 7 December 1911. She had six siblings. Her father died in World War I when she was six years. Around 1927, she first moved to St. Johann am Wimberg, then to Linz. She worked as a maid and a nanny.

During the World War II, she worked as a maternity care worker and later as a cook. After the war she cooked in the town hall canteen, in a kindergarten and in the summer in a union hall in Bad Aussee, where she met her future husband, who was a guest there.

She married at the age of 50. The couple not had children. She was married for 30 years and lived in her own apartment until age 99. 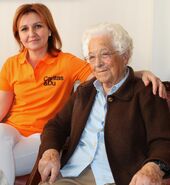 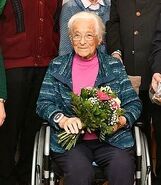 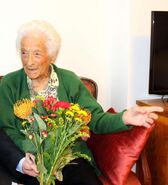