Felix "Valoy" Ortiz Galban [Spanish: Félix Ortíz] (20 November 1911 – 18 March 2022) was a Uruguayan supercentenarian who is the oldest known man ever from Uruguay, as well as the first to reach 110. His age is currently unvalidated by Gerontology Research Group (GRG).

He started working as a small agricultural producer and later owned rural establishments in the Flores and Durazno departments.

Ortiz married Violeta Paven on 12 July 1952. They were married until Violeta's death on 7 March 2015. The couple had three children: Roberto, Graciela, and Cristina.

On 6 May 2021 at the age of 109, Ortiz Galban was vaccinated against COVID-19, making him one of the oldest known people to receive the vaccine.

He celebrated his 110th birthday in November 2021 and became the first known male supercentenarian from Uruguay. 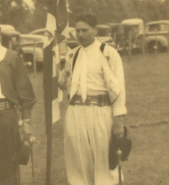 Undated, as a young man 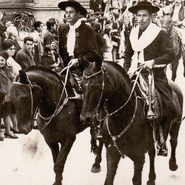 Undated, as an older man 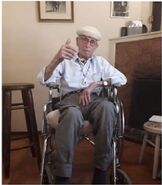