Vidar Eide (born 3 July 1914) is a Norwegian centenarian who is currently the oldest known living person in Norway.

Vidar Eide was born in Torvikbygd, Vestland, Norway on 3 July 1914, a few weeks before the beginning of World War I.

Eide worked as both a dairy farmer and a shipbuilder. He is the oldest member of the Norwegian Farmers' Association. Eide reads Nationen, Bondebladet and other local newspapers daily, when they arrive in the mailbox. In recent years he began using a cellphone, after being convinced by his granddaughter to make use of this modern technology. He lives independently, in the very same home he was born in over 107 years ago. In his younger years, he built a shed with a roof made from wood harvested from spruce trees he planted and cut down himself. As a centenarian, he owns a mobility scooter to help him travel across longer distances, but makes use of a pair of crutches to walk around his home.

He became the oldest known living man in Norway, following the death of 105-year-old Alf Olsen on 14 March 2020.

He became the oldest known living person in Norway, following the death of 108-year-old Elsa Gundersen on 28 April 2022.

Eide currently lives in Vestlandet, Norway, at the age of 107 years, 358 days. 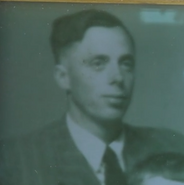 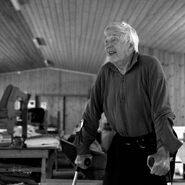