Not to be confused with Viola Brown.

Violet Brown (née Moss; 10 March 1900 – 15 September 2017) was a Jamaican supercentenarian who was at the time of her death, the world's oldest living person whose age has been fully authenticated by an organization that specializes in age validation. She held the title from the death of Emma Morano on 15 April 2017 until her own death five months later. She currently holds the all-time age record for Jamaica. Her nickname was ”Aunt V”. Brown was the last known subject of Queen Victoria, the British Monarch who died on 22 January 1901. Violet was 10 months old at the time.

Violet Henrietta was born in the small town of Duanvale, located in Trelawny Parish, Jamaica. Her father, John Gordon Mosse, worked as a sugar boiler. Her mother, Elizabeth (née Riley) Mosse, was a housekeeper. Violet had three other siblings. At a relatively late age, 13, she was baptized. At one point, she married Augustus Gaynor Brown. The couple had 6 children in total; four sons and two daughters.

Violet worked various jobs during her life, including as a domestic helper, farmer and as a dressmaker. She became a widow in 1978, when Augustus died.

At the time of her 110th birthday in 2010, it was reported that aside from deafness, Violet was in good overall physical shape. She stated that she didn’t feel her age. She attributed her long life to God, respecting her parents as well, working hard and eating coconut sauce. Some of her favourite pastimes include going to church, reading books and listening to music.

At the time of her 113th birthday in 2013, it was reported that she was still in overall excellent health, with her memory still intact. It was revealed that Violet maintained a book that recorded every deceased person in the Duanvale area between 1950–1978. At the age of 115, she was still able to walk (with the help of a walker) and could read without any glasses.

Violet Brown died in Montego Bay, St. James, Jamaica on 15 September 2017, at the age of 117 years, 189 days. Following her death, Nabi Tajima became the oldest living validated person in the world, as well as the last known validated person born in the 19th century.

While reported in local media since at least age 109, an application to Gerontology Research Group (GRG) was submitted in June 2013. Her case was accepted on 26 July 2014 when she was 114 years old. Though there were multiple claims of birthdates: 4th, 10th and 15th March 1900, the GRG officially recognised her with the 10 March 1900 birthdate.

In March 2022, the Minister of Culture, Gender, Entertainment and Sport, the Honourable Olivia Grange, had unveiled a monument in tribute to Violet Brown. 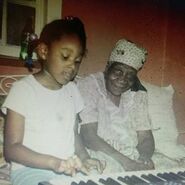 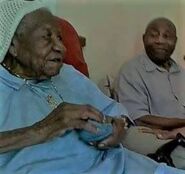 Aged 117, with her son Harland Fairweather 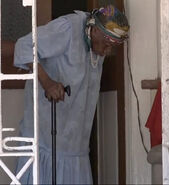 Aged 117, being recognised as the world's oldest person by Guinness World Records on 3 September 2017 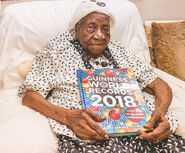 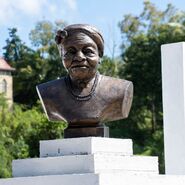