Walter Hamilton Seward (13 October 1896 – 14 September 2008) was an American lawyer and supercentenarian whose age is validated by the Gerontology Research Group (GRG).

Walter Seward was born in Toledo, Ohio, USA on 13 October 1896. His parents were Augustus Seward and Mae (née Hamilton) Seward. He had three siblings.

He married Florence Gardner and had two children: Jonathan Seward and Marymae Henley.

At the time of his death, the third-oldest validated man living in the United States (behind George Francis, and Walter Breuning) and the sixth-oldest man in the world (behind Tomoji Tanabe, Henry Allingham, Francis, Breuning, and Augusto Moreira). He was also the validated oldest recognized living person in New Jersey.

Seward died in Livingston, New Jersey, USA on 14 September 2008 at the age of 111 years, 337 days. He was survived by one son Jonathan Seward, one daughter Marymae Henley, and two grandsons Ethan and Logan. 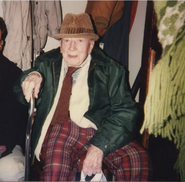 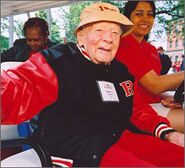 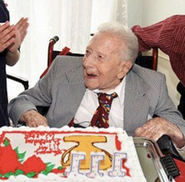