Yone Minagawa (Japanese: 皆川ヨ子; 4 January 1893 – 13 August 2007) was a Japanese supercentenarian believed to have been the world's oldest living person from 29 January 2007 until her death.

Yone Minagawa was born in Fukuoka, Japan on 4 January 1893. After her husband died, she raised her five children by selling flowers and vegetables at a coal mine.

Minagawa lived alone in the Momochi apartment building in Nishijin Sawara Ward, Fukuoka, near Seinan Gakuin University, until 2005, when she moved to Keijuen, a special nursing home in her native Akaike. Minagawa enjoyed playing the shamisen. Even at 114 she participated in club activities in a wheelchair and "danced" along to music.

Minagawa became the oldest living person in Japan when then 114-year-old Ura Koyama died in April 2005. The death of Julie Winnefred Bertrand on 18 January 2007 made her the world's second-oldest woman. With the death of 114-year-old American Emma Tillman on 29 January 2007, Minagawa became the oldest living person in the world. Yone was 114 years, 26 days old at the time (being the next day in Japan relative to the USA).

At the time of her ascension, Minagawa was the youngest person to hold this title since Jeanne Calment was 114 years, 26 days old on 19 March 1989. During her last few months, she passed former fellow 114-year-old compatriot and the world's oldest person Mitoyo Kawate in age.

Minagawa died of natural causes on 13 August 2007 at the age of 114 years, 221 days. All but one of her children died before her, but she leaves six grandchildren, 12 great-grandchildren, and two great-great-grandchildren. After her death, 114-year-old Edna Parker of the United States became the oldest living person. 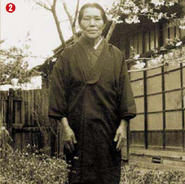 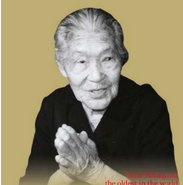 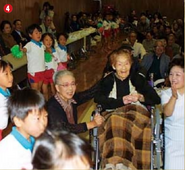 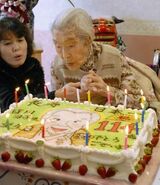 Aged 114, being congratulated by her nursing home after becoming the World's Oldest Person