He started participating in riots during the Chinese Civil War in 1929 at the age of 16 after meeting red army soldiers and around 1932 joined the Red Army. He participated in multiple battles from 1932 to 1934 and in 1934 was in the Red Army unit that started the Long March. He led 800 soldiers to battle and had multiple near-death experiences, for example once a notebook he carried blocked a bullet.

He was one of the three people of the Jiangxi standing committee who voted against the execution of dissident Li Jiulian (1946–1977).

Around 2020 or 2021, he was hospitalised, but after a lengthy hospitalization, he recovered and was discharged.

As of April 2022, he is one of the last five founding Major Generals of the People's Liberation Army. 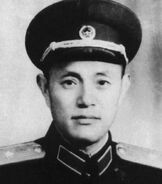 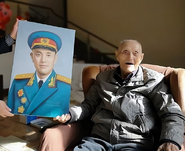