Zsigmond Kun [Hungarian: Kun Zsigmond] (28 March 1893 – 2 January 2000) was a Hungarian ethnographer, pacifist, economist, humanist polymath and centenarian. At the time of his death, he was the oldest living male in Hungary.

Zsigmond Kun was born on 28 March 1893, in Mezőtúr, Austria-Hungary (present-day Hungary). He was the oldest of six siblings. His parents were quite learned, even though they had peasant ancestry. His mother would read aloud novels for the family every evening.

After a teacher humiliated him, Zsigmond did not finish secondary school and started to work in a post office instead. As a part-time job, he would also sing on weddings and balls. In 1912, he moved to Budapest, as his mother thought he would be more prosperous in the capital. In 1914, he volunteered to be a soldier despite he was not obliged to do so, as he was a clerk. Seeing the horrors of the war, he later became a pacifist and humanist.

Between the two world wars, Zsigmond worked as a secretary and edited an anti-Fascist newspaper titled ‘Magyar Fórum’. At that time, he was also a public figure, and knew many of the contemporary Hungarian literary elite. He published a book about the Great Depression in 1935. As an economist, he supported the philosophy of economic liberalism. During WWII, he was on a Nazi death list, but he managed to survive.

He was also an ethnographer and folk art collector. In 1976, he opened a museum in Budapest in which his collection was exhibited. The museum is open till this day. In 1986, he was featured in a documentary about living WWI veterans.

Zsigmond was married, albeit they had no children as his wife did not wish to have one. In his centenarian years, he lived in a care home in Budapest. At the age of 101, he would still walk four hours daily, play table tennis and even jog.

In 1997, Zsigmond became the oldest living male in Hungary. He said that the most aching thing in his life was the Treaty of Trianon and its consequences. He also told reporters that his greatest dream was to see Europe without any borders.

In his last months, Zsigmond Kun suffered from serious illnesses. His last wish was to reach the year 2000. He eventually managed to do so, as he died on 2 January 2000, in Budapest, at the age of 106 years, 280 days. 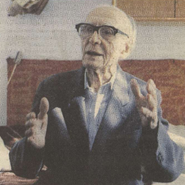